Wisdom and Leadership Stand the Test of Time

Nothing just happens. Any endeavor of substance requires the energy and imagination of committed people to get and keep the ball rolling. I am very fortunate to have just such a group supporting and working with me to achieve the strategic objectives of Economic Development Regina. Unknown to many people, EDR is a not-for-profit, governed by a volunteer Board of Directors, who represent a cross-section of leaders from the business and academic community in the Greater Regina Area. The board gives us their time, wisdom, and leadership with no expectation of a return, except to see their community grow and prosper.

I am thankful for their guidance and very appreciative of their willingness to Think BIG! 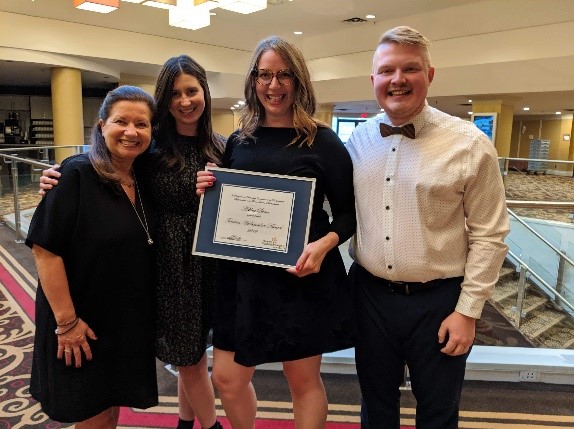 Ashley Stone, EDR’s Director of Tourism has been awarded the 2019 Tourism Ambassador Award. The award honours an outstanding professional who has made exceptional contributions to tourism and hospitality in Saskatchewan. It recognizes commitment to professional development in the workplace and in the industry.

We are incredibly proud of Ashley and all the hard work and dedication she has put into the industry. Her passion and commitment to our community is part of what makes her such a great asset with EDR.
Last year was a banner year for Regina with the Memorial Cup, Tim Hortons Brier, Congress of the Humanities, and CP Women’s Open. Ashley’s dedication to visitor services during those events, and to maximize the activation – moving visitors around to see and experience more of the city – and collaborate and coordinate with stakeholders and partners across the city is certainly part of the equation of what gives Regina such a strong hosting reputation. 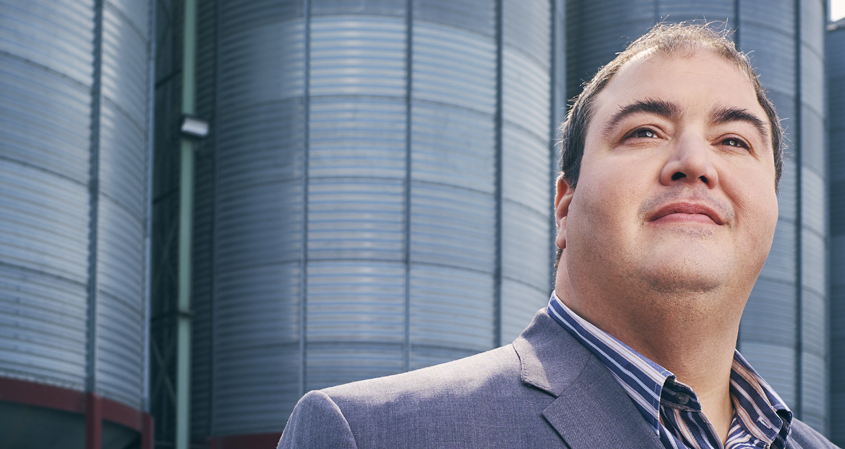 Economic Development Regina’s Board of Directors has elected a new chairperson and welcomed four new members to the board. With the annual changes to the board of directors, visionary bold leadership will continue.

The new Chair of the board is Frank Hart, who has served on the EDR board as a member and Vice-Chair, and as part of the previous board of Regina Regional Opportunities Commission. Hart has a long track record of accomplished business leadership and is currently Managing Director for TD Greystone Managed Investments.

“I am humbled by the board’s confidence in me, and I look forward to continuing the strategic direction established by our past chair Murad Al-Katib, who provided outstanding leadership during an important time of evolution for this organization”, Hart said.

New members appointed to the board are:

Dr. Gina Grandy, Dean and Professor of Strategy and Leadership with the Hill-Levene Schools of Business at the University of Regina.

Bradyn Parisian, CEO of Mo’ Solar Company Ltd., also a sessional instructor at the Paul J. Hill School of Business and First Nations University of Canada, and the first-ever Rawlinson Executive in Residence in Indigenous Entrepreneurship at the University of Regina.

Murad Al-Katib remains a member of the EDR board, along with other returning members: Eric Dillon, who was named Vice-Chair, Jason Drummond, Tina Svedahl, Mark Lang, Ryan Urzada, and David Brundige. His Worship Mayor Micheal Fougere is an ex-officio member.

Retiring from the board after serving with distinction are Vianne Timmons, Dale Griesser and Senator Marty Klyne. EDR thanks them for their commitment to the community, and the City’s continued economic growth.

“The combination of a core of experienced directors and this excellent group of new appointees provides great diversity in board governance for EDR,” said Frank Hart.

“It is always exciting as we welcome new community members to the board,” said John Lee. “We’re dedicated and passionate about Regina and the community here, making this a great place to be for business, residents and visitors. And it is an honor to work with so many community members who feel just as passionately about our city as we do.”

One of the great assets we have in the GRA tourism eco-system is the Royal Saskatchewan Museum. This summer introduced a new permanent exhibit Saskatchewan’s own T-rex, Scotty, and that was recently big news on CBS television.
CBS First Look at Scotty

In this series of articles we have discussed the foundational thinking behind the work of economic development in our community. Why do it?

When I began writing this series I asked EDR President & CEO John Lee to describe their business model. This is what he told me:

“Why do we want economic growth? It generates revenues (for) good social programs, good quality of life, good cultural programs. You don’t do economic development — attract companies or grow companies – just for the sake of it.’’

Economic Development Regina is structured as a not for profit corporation. While the City of Regina is its only shareholder, EDR operates at arm’s length from the city, governed by a volunteer board of directors largely drawn from the business community.

This year he is stepping into the role of Chair of the EDR board.

Q: Some people question the value of economic development agencies, like EDR, in generating economic and population growth. What would you say to those skeptics?

Frank Hart: “You can either leave (economic development) to chance, or try to do something about it. If you believe you can have some control over your own destiny, then you want to give it a shot. There are other communities and jurisdictions out there that are being quite deliberate and focused on it, so you don’t just compete on your strengths and leave it to chance. Then you’re probably going to lose out.’’

Q: Do small cities, like Regina, need to work harder to attract investment and jobs in order to compete with larger centres, like Calgary or Winnipeg?

FH: “There is some pretty good empirical evidence that shows that once communities get to a half a million people, they become their own economic engine. That indicates that if you don’t step up and try to do something, you’re going to be subject to whatever happens that you may not like.”

Q: Would you agree that one of the goals of our economic development strategy should be to diversify the economy from dependence on resource and commodity sectors, like oil and gas, mining and agriculture?

FH: ”We’ve become very good at digging it out of the ground and growing it and selling it as a commodity competitively across the world. That’s a race to the bottom because the margins in that business keep getting thinner and thinner. So you have to get bigger and bigger scale to make any money, which means that fewer and fewer people are needed.’’

“The next (step) would be to build on that strength in that commodity and add value to it. The food and feed industry is the biggest opportunity right now just because of what’s going on in the world due to climate change, demographics and the lack of available protein over the next 30 years.”

“So that’s the Protein Industries Canada play. Regina has some great natural advantages. It’s smack in the middle of a grain-growing area, so getting into processing in Regina is not a problem. (PIC) is one of the best opportunities we have as a city right now.”

Q: On the subject of PIC, which you’re closely involved with, what could that project mean to Regina, the Prairies and the rest of Canada?

FH: “The world needs (protein). There’s just no way you’re going to feed two billion more people on the planet and a bigger middle class than we have today with animal protein – through dairy and meat. It’s too hard to sustain on an environmental basis.’’

“In the developed countries, there’s been a switch to having more plant protein in our diet anyway. So there’s a lot of currents going in that direction and if we get in it and do the right things, we can really prosper from it.’’

Q: What role did EDR play in helping the PIC project to be selected as one of five Supercluster Initiatives (SI) by the federal government?

FH: “EDR stepped up and resourced the bid, reached out to Saskatoon and other communities and got involved. It was the only economic development agency to put serious dollars into the bid process.”

“That’s why these agencies exist, to make the best of these opportunities when they come along.”

Q: Do you think that kind of behind-the-scenes role is recognized or appreciated by the business community?

FH: “One of the things that has happened a lot since John (Lee) has taken over is this notion of organizing the community and getting all the key players to collaborate together for the benefit of the community. Improving partnerships with the Regina Hotel Association, the Regina Airport Authority, kick starting the Audacity program and trying to get entrepreneurship going in the city. The entities themselves get the public recognition, but nobody appreciates all the hard work EDR does. But that’s its role.”

Q: If you were addressing city council or group of business leaders about the value of EDR, what would your sales pitch sound like?

FH: “I would say: Do you believe we’ll do just as well by doing nothing, as opposed to doing something? So if the answer is, we have to do something, the question is, who is able to do that the best? Is it a city department or an entity like EDR?”

“If it was business owners, the argument is: Do I think my business is better off in a community that’s going down or up in terms of population growth, markets, access to labor supply, good regulations?”

“Do I want the city to be responsible for that or do I want to invest some of my own money behind a team that is prepared to focus on improving the image of the city, so it’s easier to recruit people to Regina?”

“Those are all reasons why businesses want to invest in an agency that can do that for them because they benefit broadly.’’

Congratulations! You are almost ready to graduate from our course, Economic Development 101. Just answer a few simple exam questions. 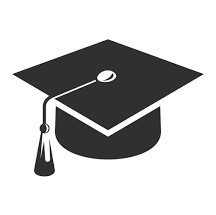 Q- Why should we bother doing economic development?

A- Economic growth generates wealth that is spent in the community, and taxes that fund our quality of life. More jobs means prosperity and a tax base that can pay for our parks, roads, and amenities.

Q-Should the city be 100% responsible to pay for this work?

A-The city is the catalyst. By investing enough to pay for the core functions of its economic development agency, civic leaders create momentum which attracts support from the private sector and other levels of government. Today for every dollar provided by the City of Regina, EDR is raising another 85 cents from other sources.

Q-Should EDR be looking for Amazon or some other large company to come here and provide hundreds of new jobs?

A-While it is important to create an atmosphere that welcomes new investment to the community, most economic growth comes from companies that are here all ready, or from new start up businesses created by entrepreneurs. EDR is focused on helping Regina’s existing industries and companies to grow and expand.

A-It is a community-wide mission.  Government, private sector, educational institutions and social agencies all have a role to play in building the economy to ensure a better future for everyone in Regina.